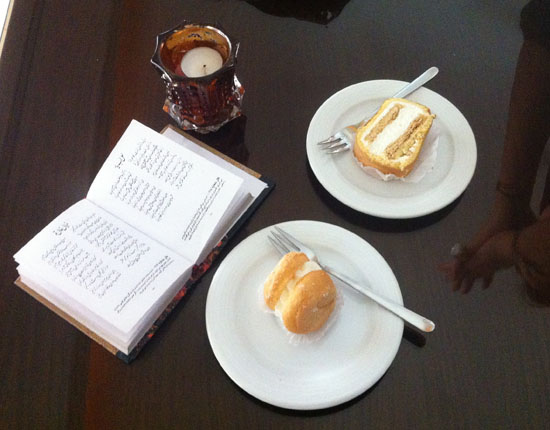 ​
Hi everyone! I just returned from visiting the fabled and beautiful city of Isfahan and in a day or so I’m off traveling to a few other cities in Iran. Blogging time is scarce so I hope you’ll let me get away with sharing these random pix selected for your viewing pleasure.
To begin with, this is a tabletop shot of one delicious cream puff and one delectable cream roll that my cousin and I were patiently nursing at a pastry slash coffee shop while waiting for our beverages (hot pot of tea with milk for me, a cappucino for her.) The were copies of the poetry of Hafiz on every table in the cafe which I found to be a charming touch. Iranians are fond of consulting the poetry of Hafiz as a divination fortune-telling method of sorts (not exactly like the iChing but very remotely kind of sort of like that and more precise details on the exact method later) to make decisions. Our copy of Hafiz is open at the page that revealed the poetic and rather obtuse answer to my query. Thank you Hafiz. Rohet shad! 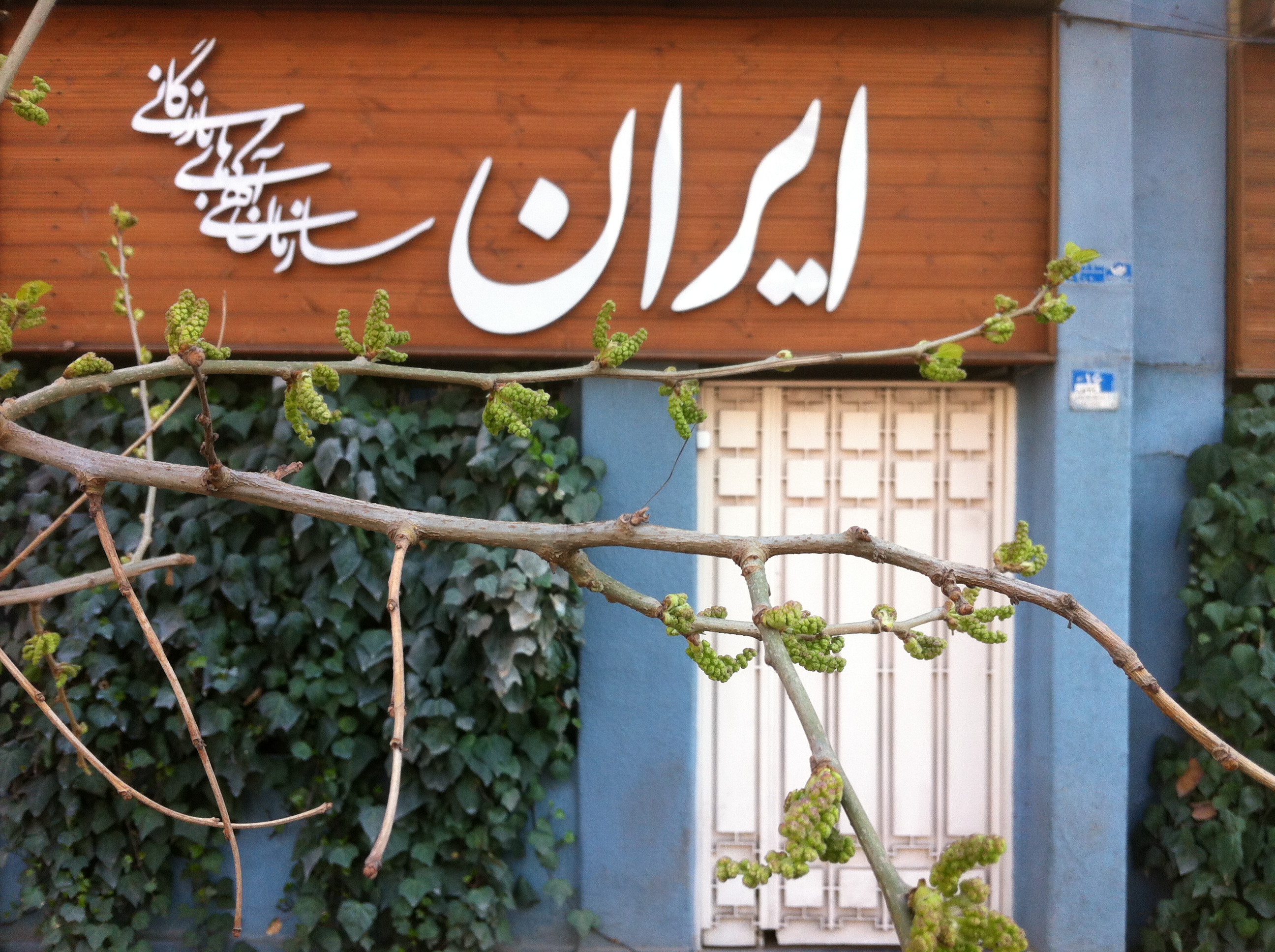 This is a shot of a street signage I liked that reads “Iran” and it was only later that I was informed it is one of the offices of “Iran” — a daily newspaper published in Tehran. 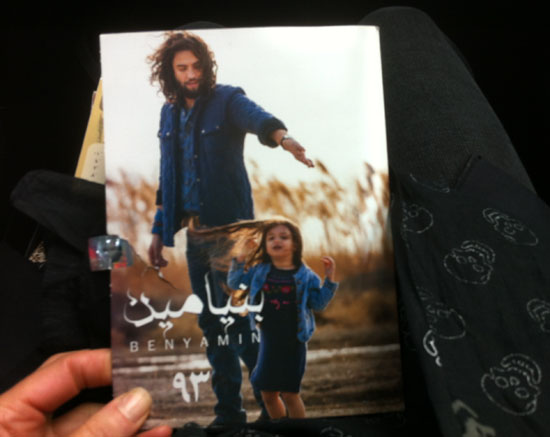 Color me surprised by this music CD cover. The artist is Benyamin and that is his daughter. I haven’t listened to the actual music yet. 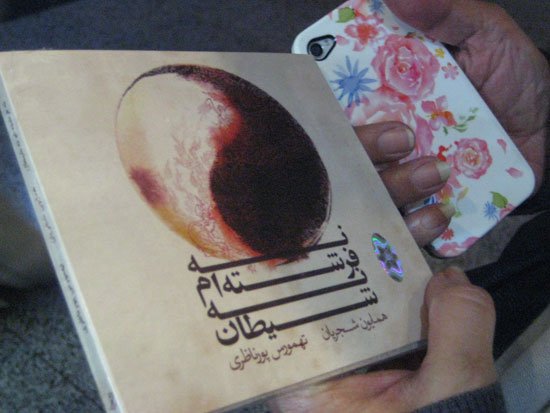 This is another CD Cover. The text reads: Neither an angle, nor a devil. (By Homayoun Shajarian and Tahmours PorNazeri.) 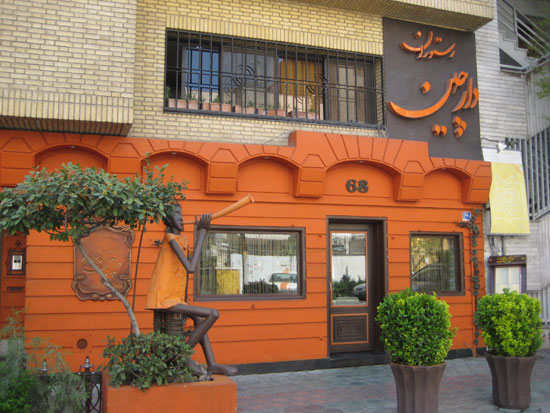 This is the exterior of a restaurant called “darchin” which means cinnamon. I didn’t eat here but (needless to say) I could not possibly ignore the colorful opportunity of snapping a shot when passing by it (on Nahid Street just off of Vali Asr Avenue in Tehran.) 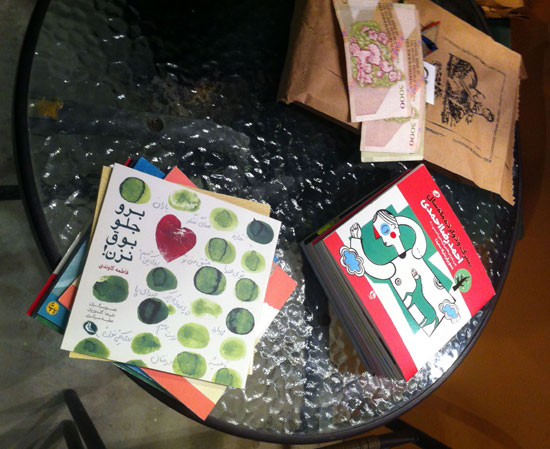 This is a stash of amazing picture stories – written and illustrated by Iranian writers, poets, and artists – that I found in a delightful bookstore. The bookstore itself tucked in a corner of the picturesque and entirely pleasant public garden. 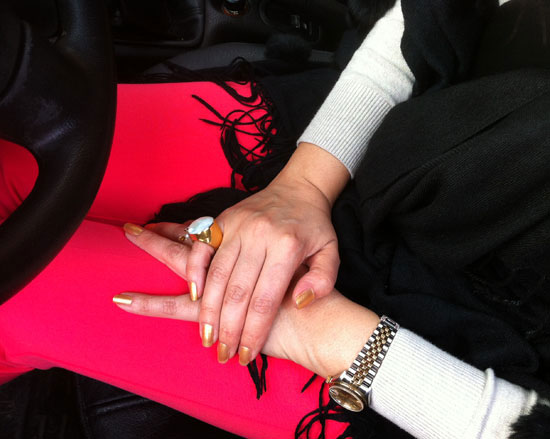 This is a closeup shot of the hands of a cousin of mine on one of our jaunts as she expertly drove me around the crazy traffic of Tehran. How these drivers do it I know not. Let’s put it this way: even the most daredevil NY cab driver will have to do a few hail Mary’s and take a very deep breath before entering the fray. 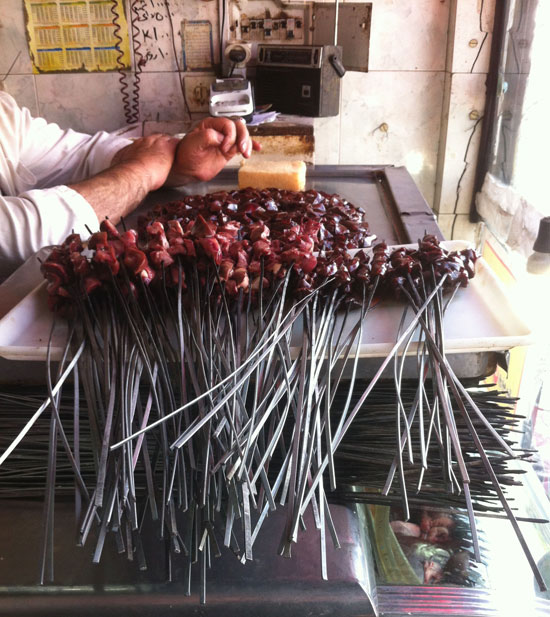 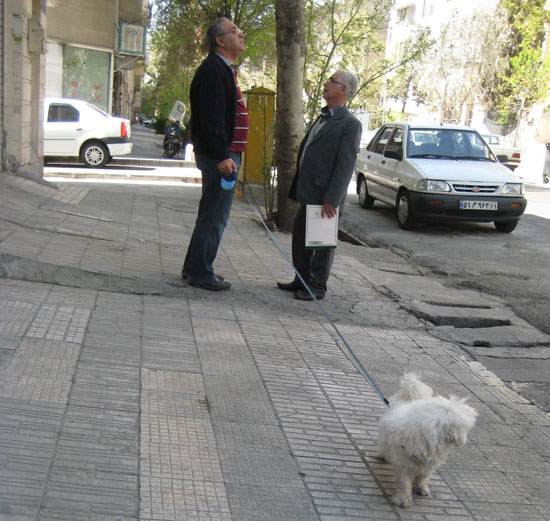 Is it possible to have dogs in Iran? The answer, like many other things here, is a resounding and contradictory: yes and no! More on that later! And on this LOL note, I’ll bid you a fond farewell as I hurry to make it to a festive lunch and then a couple of gallery openings. What a tough life!
Apologies for not keeping in better touch but I have mentioned the Internet thing and as Confucius said: It is what it is.
I hope to do another food centric “Iran Greetings” post next and meanwhile: miss you all and have a lovely weekend!!
By Azita Houshiar
0
eating my way in Iraneating my way in TehranhafizIranian foodIranian food blogIranian picture storiesIranian sweetsnoon khamehPersian foodpersian food blogPersian sweetsrandom photos of TehranshiriniTraditional Persian shirini
A selfish tour of Tehran | Greetings from Iran!
Eating My Way in Tehran | A Partial, Lusty Tour of the Food I’ve Eaten in Iran – Part 2 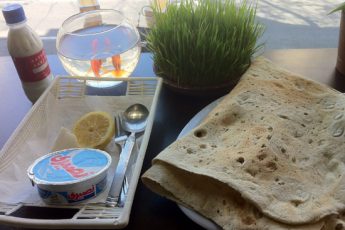 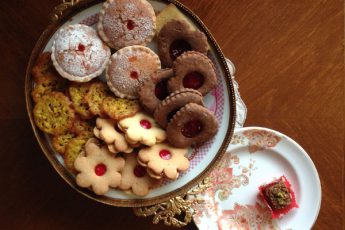