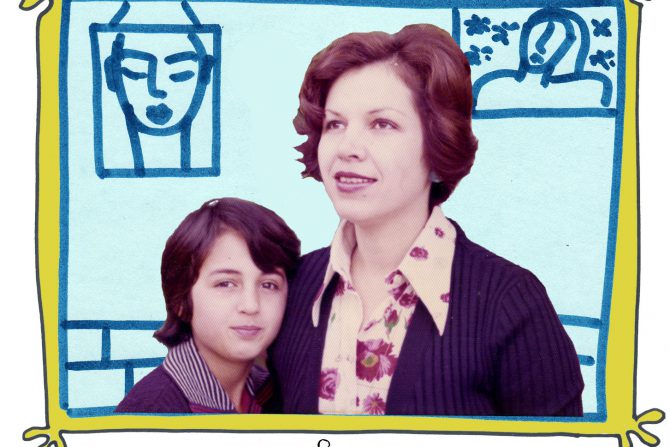 No recipes today, but a talk of food, mothers, and a trip or two (without tripping hopefully) down memory lane on the occasion of Mother’s Day.

But first, a blog-housekeeping note:

When starting Fig & Quince, I decided to refer to my mom as “Mom”, but in real life I call her maman, which is how we Irooniha say mom in Farsi. The logic behind this: I worried that “maman” might be mistaken for its French pronunciation (digressing… did you know there’s a “nun” in pronunciation and not a “noun”? I just now realized that thanks to spell-check) but it feels weird and uncomfortable to refer to my mom as “Mom” because she is not mom, she is my maman (pronounced ma-mahn, “ma” as in “Ma and Pa”, and “mahn” as in, uhm, the “mon” in Monday) so henceforth, going forward, “Mom” is Maman. Good grief! Hope that reads less jarringly to you than it sounds in my head!

Thank you for your attention – sorry for the interruption – and we now return to our regularly scheduled program, already in progress. 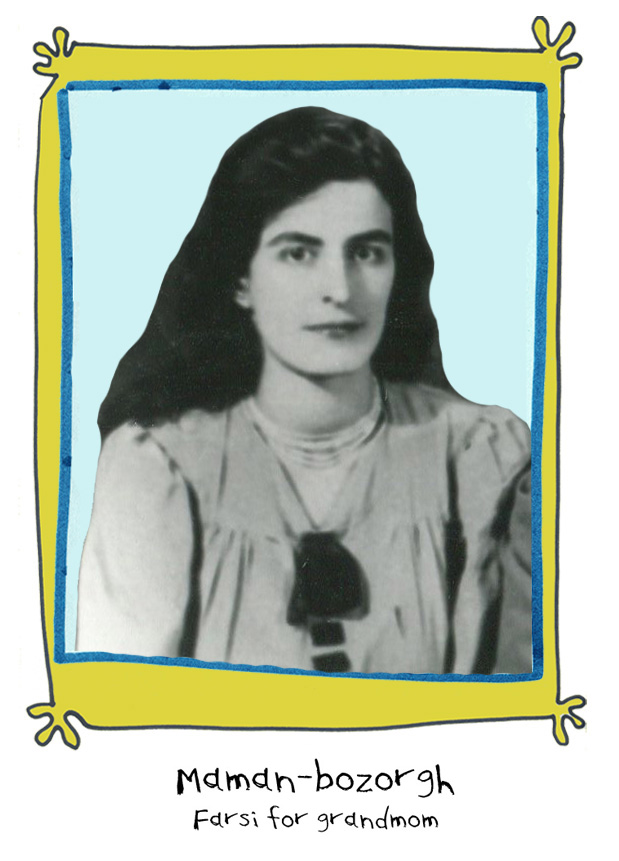 Maman-bozorg’s nickname was Moti joon. By all accounts, she was a beautiful woman, and a kind soul. She died on the young side, leaving a big void but also a treasure trove of memories.

Maman says that growing up, a delicious aroma wafted out of Maman-borzorgh’s kitchen everyday, rain or shine, and whatever she made, from ash reshteh to reshteh polo to kookoo yeh shekar, it was good. She liked to have friends over for tea, and in the summer, she served her signature moraba va sharbat eh albaloo (a summer drink made with diluted sour-cherry syrup, and sour-cherry preserves). But the quince stew and quince preserves she made are what Maman pines for and what triggers a flurry of nostalgia and longing for her late mother.

As for my madeleine, I have not one but two.

One is Khagineh yeh shekar, literally a sugar omelet, no big deal really, just a light and easy concoction. The thing about khagineh is that it is usually (and best) made for one serving, so if someone makes it for you, they’re making it just for you. Aren’t you special? You do feel special. Also, it’s not something that would be served in a restaurant so it has all the cozy connotations of home. And then again also, the way Maman made it for us, with butter, sugar,saffron, cardamom and everything nice, it smelled oh so good… and with some warm bread it tasted like… well, it tasted like what I imagine happiness would taste like if happiness were a thing-to-be-eaten and not a concept. I remember turning into a puddle of pleasure every time I was offered this treat. Now, I think it was really the magic of it that enchanted my heart: two ordinary eggs transformed, with just a little sprinkling of tender-loving-fairydust, into something just shy of extraordinary.

And the memory of it may as well be a time machine! I’m whisked back to the purple haze of early childhood … to the second-story flat we rented from the delightfully rambunctious landlord family downstairs who became life-long friends; to our group of the bacheh hayeh mahaleh (neighborhood kids) and the bike rides and games we played, the adventures we had, the mischief we made; to the chant of mothers late in the afternoon chiming out from this house, that house and the next, almost in unison: “bacheha, biyayeed khoneh, vaghteh shameh”, a call to dinner signaling the end of play that save for the few meek ones amongst us we all ignored for as long as possible until even the most brazen naghola knew better than to push their luck and called it a day. Halcyon days, days long past, but a taste of it is on my tongue when I travel back in thoughts. 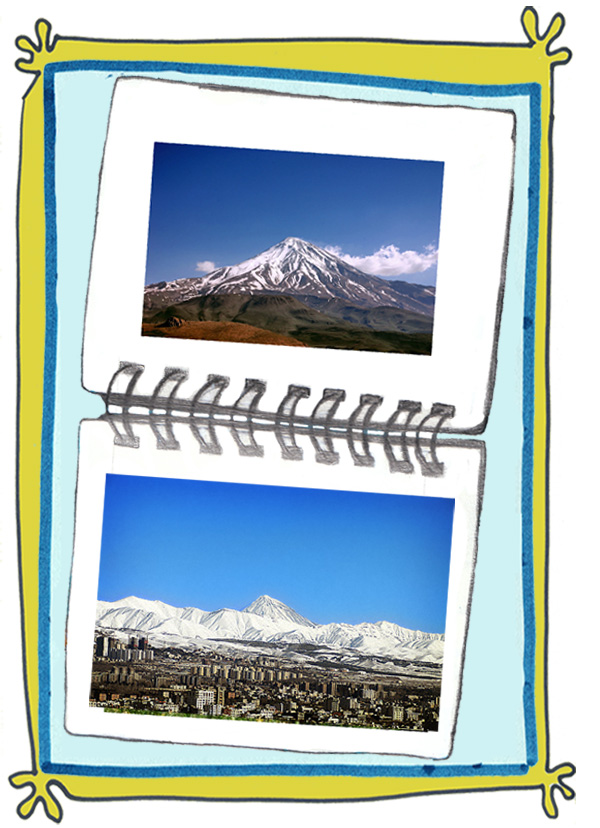 And then, there were the figs. The last few years that we lived in Iran (and not once since we left), Maman bought green figs in autumn and made preserves. By the time she was done with her cookery, there were at least a handful of short, big-bellied jelly jars filled to the brim with a shimmering golden syrup, and the figs, still intact, stem and all, but now golden and translucent, floated inside the syrup, suspended as if in a trance. When I picture those jars, I’m back in our house in Tehran, sitting at the table of that big kitchen with its wall of window frames, where the radio played almost all the time, where Maman or Maryam were always busy doing this or that, where I used to sit and daydream and stare at the snow-covered peaks of the Damavand mountains that peeked out of the window frames. I miss those mountains… something terrible, I tell you.

I recollect spooning out a pliant fig, dripping with syrup and gleaming translucent in the sunlight, gingerly crushing it with a fork on a bed of buttered bread, and taking that first bite: heaven! I also used to –and this was truly decadent- take a fig by the stem, dip it in a small bowl of cream, pop it in my mouth… cream , sugar, and the lush velvety flesh of the fig in one bite: angels sang! I would do this with as many figs as I could get away with until there were only the stems, my sticky fingers, the majestic snowy peaks of Damavand, and a small pool of cream mixed in with a golden stream of syrup in a bowl that I then tipped over and drank in one gulp with the sigh of one sincerely content with a perfect and just accomplishment. 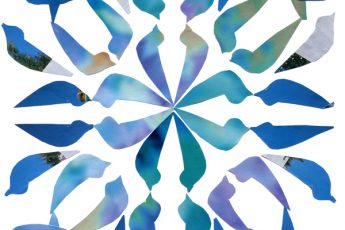 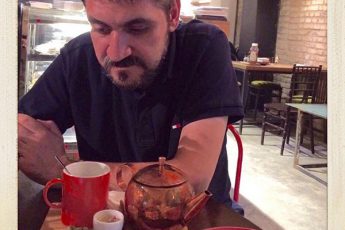