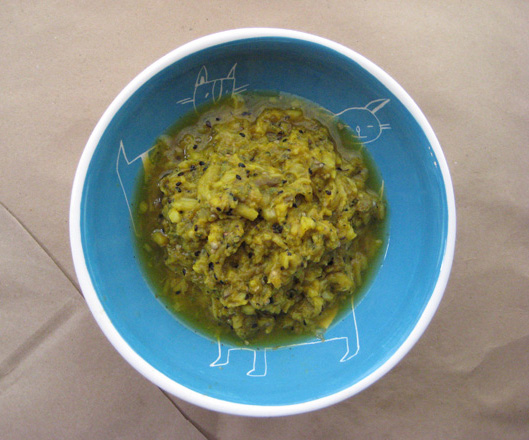 You may remember that shirin (as in shirin polo ) is an adjective meaning “sweet” in Persian. Perhaps you even recall that Shirin is also a popular name for girls in Iran.
Torsh, in turn, is an adjective that means “sour” in Persian, and to the best of my knowledge, there are no Iranian girls running around who are named Torsh. Although, if you are an unmarried female of a certain age, some may call you a dokhtar torshideh, which stands for a spinster but literally means a “soured girl.” That certain age, by the way, used to be twenty at one time — to wit, this witty ditty:

which loosely translates to:

And of course a girl was supposed to remain a maiden until lawfully wed. Ahem.
But back to our story!

Torshi – as in “something sour” – is what pickles are called in Iran. They can be made with cooked or raw fruits, or vegetables, or herbs (or a combination thereof) preserved in vinegar and salt, and jazzed up with spices. Some types of torshi are ready to eat immediately after being prepared, while some require being aged (as little as a week or two to as long as seven years for a particular type of garlic torshi) before they are ready to be served.
A good torshi is a tangy, tasty, textured condiment that enhances the pleasure of the main dish. Iranians can’t get enough of torshi: it is an oft-present presence at sit-down family meals, and at least one type if not more variations of it are certain to be offered as part of the accoutrements of a typical festive Persian dinner party.
Torshi ‘ye bademjan is one of my favorite homemade Persian pickles. I appreciate the eggplant flavor and its soft yet slightly crunchy texture. It is by no means an effortless relish to prepare, but on the other hand, it does not require a panoply of ingredients and spices as some high-maintenance types of torshi are known to demand. Aside form vinegar, all you will need are a few good eggplants; plus a little bit of turmeric, black seeds (they look like black sesame seeds and are also known as black cumin or nigella seed), angelica powder, and corriander seeds, and you are good to go.
If you like eggplants and tangy condiments, you will very much enjoy this. 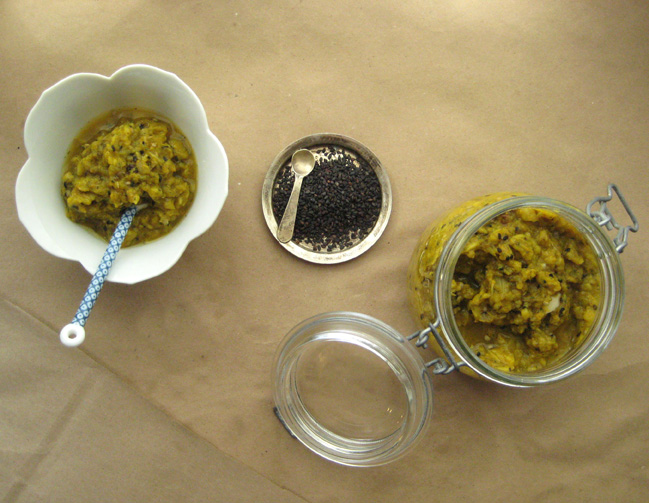 This torshi can be served immediately but it really comes into to its own and its prime (ja miyofteh) after 10-15 days. If refrigerated, it will keep for a long time.
With Persian food, this torshi goes quite well with various types of kotlet and shami and goosth koobideh and abgoosht. It will also be nice with herb-infused types of rice like bahgali polo and sabzi-polo.
To enjoy with Western dishes, torshi bademjoon is best enjoyed with rich and meat-centric dishes like pot roast which it will brighten; or with dry, somewhat bland types of food like chicken cutlet, which it will enliven. 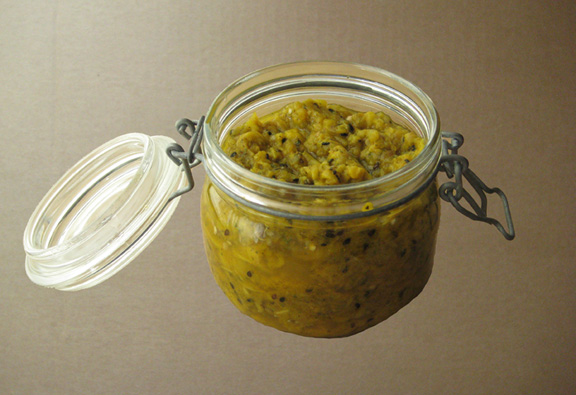 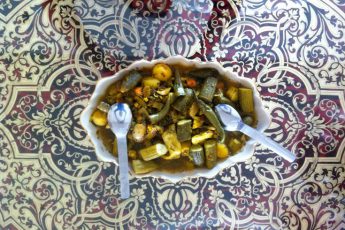 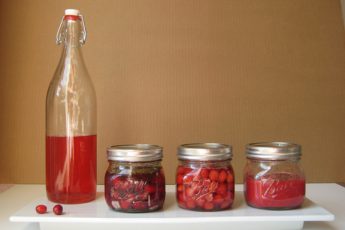