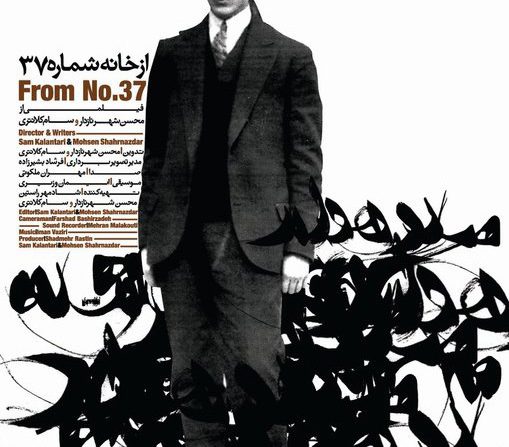 Sadegh Hedayat was an iconic Iranian writer famous for his modern and dolorous prose. His demeanor, deportment, and the somber shroud of his melancholy remind me of Edgar Allen Poe. Both writers give off that noir vibe in spades. Sadegh Hedayat committed suicide in Paris in 1951 and is buried at the Père Lachaise cemetery.
This gorgeous photograph is the poster of an Iranian documentary film by the name of “From No. 37” by Mohsen Shahrnazdar and Sam Kalantari about the writings and life of Sadegh Hedayat. I really like this poster – especially the expressive calligraphy in the background. I love documentaries and Judging a film by its poster, I hope to find and watch this one.

This is a photograph of Simin Daneshvar and her husband, Jalal Al Ahmad. A powerhouse literary couple – significant and influential writers of essays and fiction, each in their own right and their own way. They are like the Simone de Bouvoir and John Paul Sartre of Iran. Except that they were happily married; did not have an open relationship; and were decidedly not existentialists. Other than that, separated at birth! (Right after drawing the comparison this occurred to me: Simin and Simone! Huh!)
Simin Daneshvar wrote a book called Soovashoon (often spelled Savushun) which is considered a masterpiece of Iranian literature – beautiful, poignant, tragic – with an engaging and unforgettable narrative. Every time I re-read it I’m enchanted anew and I’m heartbroken anew. She passed away a year and half ago. I can’t believe she’s gone. 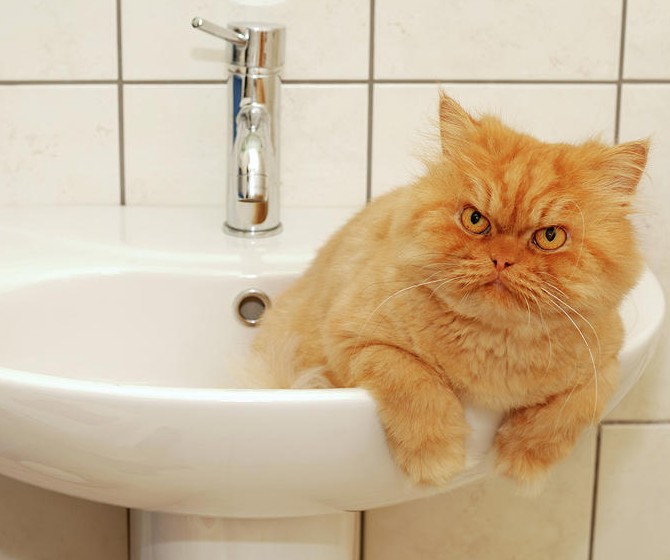 Zig zagging away from the literary theme with no rhyme or reason and no concern whatsoever for continuity and coherence, I finally maneuver to the topic of the post: How to Groom a Persian Cat! Excuse me while I chuckle for a bit.
So here’s the story. I have horrible terrible dreadful impossible dastardly painful torturous and yes dolorous deadlines. I’m stressed out! So needless to say I value every second and that naturally explains why I spent some of that precious time Googling for images of “stressed Persian cat.” But anyhow, I did it, guilty as charged, and then this image from a pet grooming website popped up, and then I was … in love! Now mind you, I’m not entirely certain this cat is indeed Persian. It does not have that stereotypically Persian cat mien. But really, no matter, who cares. Just look at that face! Excuse me again while I go chuckle for another bit.
Anyway, so that’s how I found this amazing creature and if you have a Persian cat and would like to know how to groom it, head for this incisive article, from whence this priceless image was sourced. And also:

Have a lovely weekend! 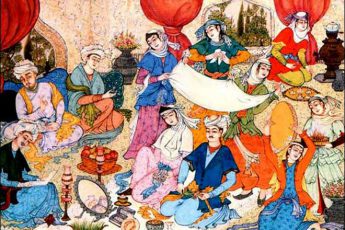 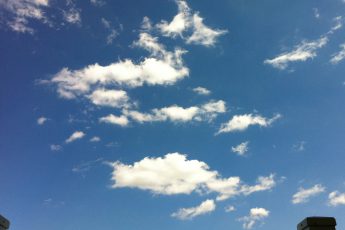