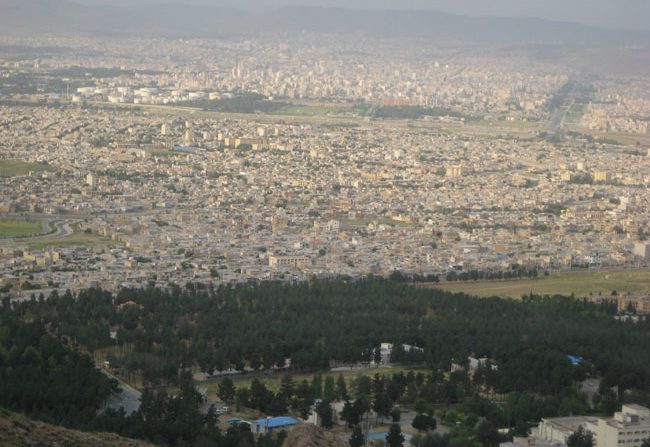 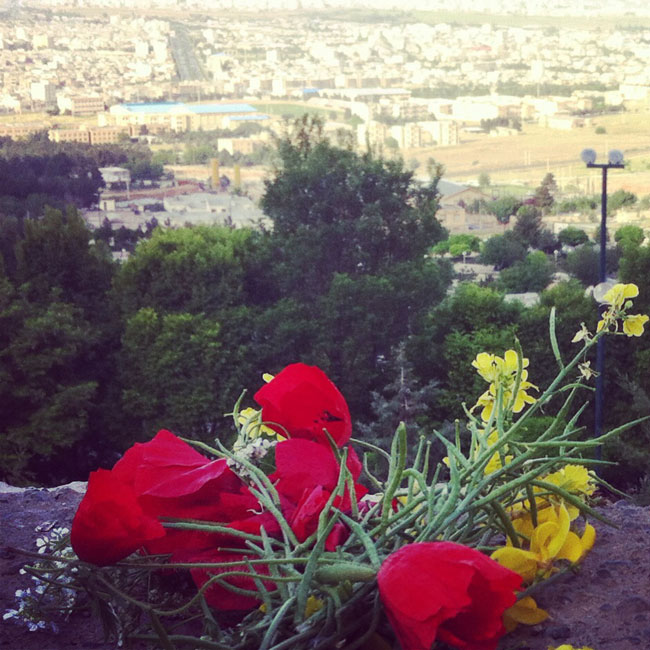 In this 6th installment of the Trip to Kermanshah series, I’m finally gearing up to tell the story of going mountain climbing and picking up wild poppies and camomile … drinking in not just fresh air and elixir drinks but some much needed family goodness and bonding. Here’s how it came about:
Same afternoon that I arrived in Kermanshah, my whole family came over to my cousin Roshank’s house to see me. It was so good (and also super surreal) to see everyone after 3 decades! People I’d known as little kids were grown adults with families of their own and babies I’d not even been around to witness their births were now heading towards college or getting their master degrees! And then there were those dear departed members of the family whose absence cast a long shadow of longing and sadness. Where did they go? Where did time go? How did all of this unfold in a blurry blink of an eye like a greedily gorged Netflix series? (Scenes like this feel like experiencing sci-fi games of time! Except that it is not a game of time, but a game of life and the path that “sarnevesht” leads you to take.)
Our chit chat was mostly all fun, light-hearted catching-up-after-a-long-time variety, but at some point there was talk of the impact of the Iran-Iraq war on Kermanshah (the city was harshly ravaged) and I was told tales of the horrors of war they all endured and experienced. Roshanak and a few others joked about how jumpy they still feel when they hear loud noises, and the lingering impact of the war on everyone’s nervous system. I’d had no idea! I am grateful that my family survived living through the war with not just their limbs but their spirit and heart intact. To wit, my cousin Mehran, who was drafted as a teenage soldier serving at the front during the Iran-Iraq war probably had it the hardest and yet is one of the warmest, nicest, most effusive types of people I’ve come across. (Aside: As I was finishing off writing this post, a podcast episode dealing with post traumatic syndrome called “Healing Trauma” made its way to my listening queue and it’s quite interesting so here’s the link if you want to listen to it.)
Cousin Mehran has a truly lovely wife. I know I tend to throw that adjective around like I’m throwing seeds at pigeons but trust me when I say that Simin joon IS lovely. Trust! Case closed! They also have two wonderful daughters who impressed me with their open charm and calm maturity beyond their tender young years. Anyhow, cousin Mehran and his family told me about their standing routine every Friday (the weekend day off in Iran) of getting up at dawn to go kooh navardi (mountain climbing) followed by a round or two of badminton game after descent followed by a sobhaneh sur l’herb a picnic breakfast that is. (Most Iranians, myself heartily included, love love LOVE picnics! Any excuse to spread a sofreh in nature and eat and lounge and play and spend time with friends and family!) Theirs sounds like an awesome, invigorating and entirely wholesome family tradition that in part explained the riddle of the equanimity, poise and unbridled good nature of the family! Those endorphins, you know! And healthy body and healthy mind and all of that. I should also mention that kooh navardi, aka hiking up the mountains, has forever been and remains a very popular recreational activity for all Iranians, young and old and in between.
So cousin Mehran and Simin joon and the girls asked me: “Azita, mikhai biyaye kooh navardi ba ma?”  To which I responded with an enthusiastic: “Would I? I’d LOVE to!” They didn’t seem entirely convinced that I had what it took to get up at dawn and then climb atop the rocks of a steep mountain, but dear friends, they didn’t know they were dealing with not a sedentary but an entirely athletic specimen of a food blogger here. Ha ha!
Long story not that much shorter, my cousin and his family picked me up and there was a sense of exhilaration (sans a coffee buzz mind you!) already in the air as we listened to Persian dance music in the car and chatted up a storm and then we parked and started climbing atop the majestically tall and gorgeously rugged and imposing rocky terrain of Taghe Bostan.
We climbed and climbed and climbed. Poppies and dandelions and camomile flowers and butter cups sprinkled the steep jagged edges and even though it was so early in the morning, the mountains were alive with people! We could hear people singing! So many people singing! Men and women. It was a sight to behold. My cousin recited poems and said wise things and I videotaped him.

We picked flowers, we giggled, we took selfies and photos. We visited the Memorial of Unknown Soldiers on our path down the mountain. Once we finally descended after an hour or two of exertion, cousin Mehran bought me a cup of ab ‘e aloo to drink to nourish the body — as is the tradition to do after such a workout. Before getting in the car, we sat on the ledge near the car park – with all of the ancient city of Kermanshah, the birth place of my great grandparents and grandparents and my father and all of my paternal aunts and uncles — spread beneath us, with the tall jagged peaks of the mountain around to awe and humble and anchor us. The girls and I took photos of the ab ‘e aloo. Taking photos of food is a universal impulse, I tell you! That ab ‘e aloo was perhaps not the most delicious thing I had to taste during my sentimental journey back to my homeland, I admit, but it may have been the thing that nourished me more than anything else during my epic trip to Iran. It tasted of kindness, family, beauty. It tasted like being home. It was nourishment, and not just the body, but the soul. We all lingered a bit, and then we got in the car and drove a bit till we got to a park where we had our little picnic sobhaneh, a simple and very tasty fare of noon va panir va moraba and chayee (tea and bread and jam and cheese) and played a round or two of badminton and then went home. In the car ride home, and it was only 8:30 a.m. after all of that, Mehran played super cheerful pop Kurdish music and I held on to my bouquet of wildflowers wobbling in my lap (try not snapping your fingers to that song if you can, I dare you!) and we all chit chatted amicably and in good spirits home. The entire experience was gold star fun, pure exhilaration and joy. One of the true highlights of my trip. A memory that is a medal I keep burnishing and it keeps shining, brighter and brighter and brighter.
Here are a few photos from that day — followed by a recipe for a beverage that might be yet another Persian elixir! 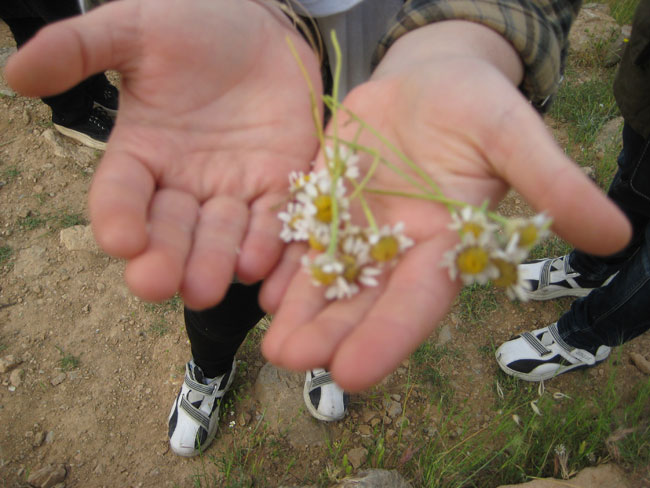 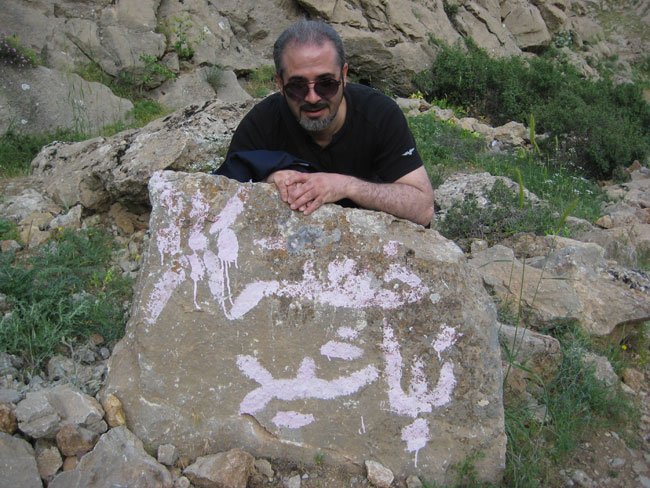 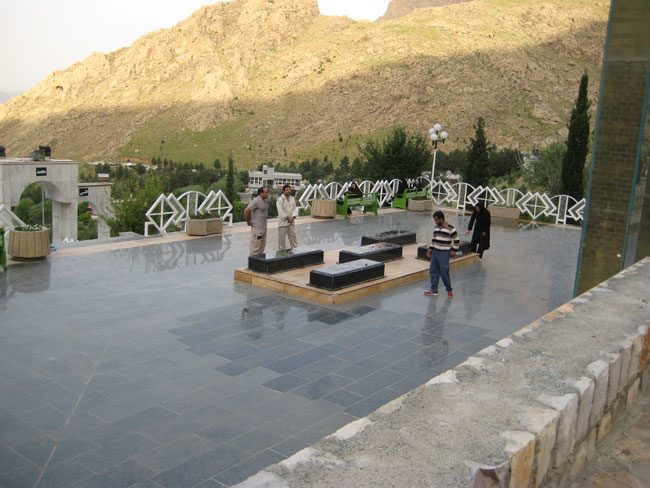 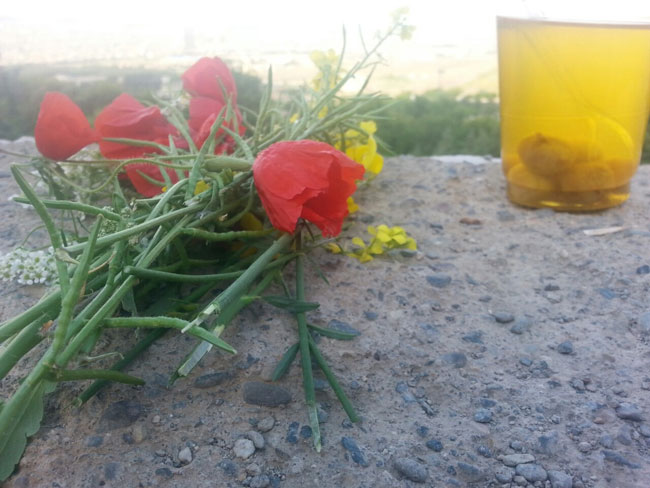 And here’s a recipe to make ab ‘e aloof: 1) Soak a cup of dried plums in water overnight. 2) In the morning, drain, add 2 cups of fresh cold water and then boil for 30 minutes. 3) Allow to cool. Pour into a glass. 4) Hand it to your homesick cousin or to anyone needing an infusion of good will to salvage a heavy heart.
And with that my dear friends, I bid you a fond fare thee well for now but I shall return — nurtured and nourished and gung-ho with the excitement of sharing with you the next and penultimate installment of my excellent adventures in Kermanshah, Iran. 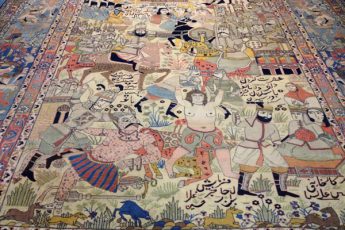 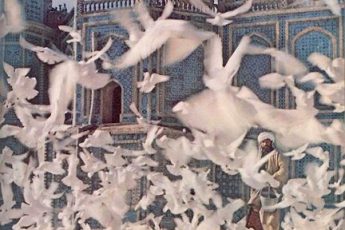