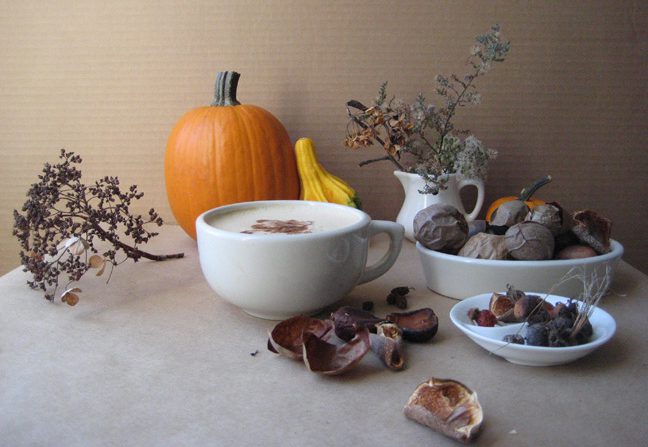 I sorely miss the generous stretches of light once summer yields to fall — when dusk and darkness encroach ever more greedily to chase away the daylight. There’s something so tangibly and instinctively foreboding and gloomy about this shift of lightness to darkness as the seasons turn. Still, fall has charm to spare. From the colorful orchestra of the leaves; to a fruit bowl filled with persimmons and pomegranates; to the cozy indulgence of nursing a delicious pumpkin pie cafe latte on a pretty autumn day.
Pumpkin pie cafe latte is an ancient beverage that traces its roots to the Persian royal courts of the Achamenid dynasty when King Darius the Great would end his afternoon hunts by savoring hearty gulps of it out of a magestic silver drinking cup, cast in the form of a winged griffin … JUST KIDDING! I was just pulling your leg! Ha ha! Coffee, awesome amazing delicious coffee, was not gifted to the humanity by the ancient Iranians, although for centuries, there have been public hangouts called gahveh khaneh (literally: “coffee house”) where people, traditionally men, gathered to meet and mingle and drink … tea! We’ll visit this conundrum at another time.
Meanwhile, speaking of the origin of coffee, I always mistakenly assumed that coffee was not in widespread use until Christopher Columbus mistook America for the Indies, but it turns out (at least if we take Wikipedia‘s word for it) that we either have a 9th century herd of buzzed and caffeinated goats, or, an exiled and ravenous sheik, hailing from Mocha, Yemen (Mocha! Ha! Aha!) to thank for the discovery of this most glorious, legal substance.
Pumpkin pie cafe latte is one of the many delectable instances of the artful evolution of coffee in modern times. To Persianize it, I substituted the original recipe’s vanilla extract and pumpkin pie spice (whatever that is) with a mixture of cinnamon, nutmeg, and of course, cardamom. I didn’t have cloves, else I would have used some of that too. It is a truly minor revision that stretches the boundaries of “Persianizing” more than Kim Kardashian stretches her two-sizes-too-small outfits, but instead of raising an eyebrow in consternation, let’s consider it a culinary poetic license and shrug it off, shall we? Because this drink tastes and smells delicious enough to almost make up for the missing summer sunshine — it verily is autumn in a cup — and I really want to share it with you. 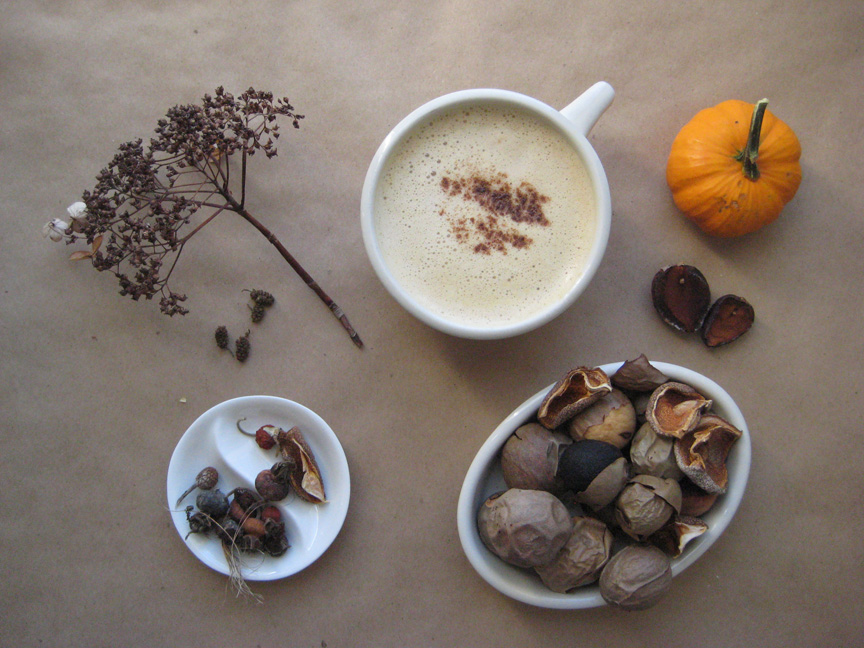 And here it goes …

This is the original recipe that I slightly tinkered with. I like this recipe because it is simple and makes do without an espresso maker and milk steamer. You will need a blender however. (To avoid using a blender, combine all ingredients, save for the optional whipped cream, whisk, heat in a small pot till steaming and frothy, and follow with steps #2 and onward.) The result, to this taster’s taste buds, were quite delicious. I skipped the traditional whipped cream topping, because while I’m not averse to pigging out, whipped cream is not my poison of choice. Go for it though if it’s yours.

Note: I didn’t use some, but I bet cloves would be great in this recipe.

Sip and enjoy as a delicious respite on a given autumn or winter day in your favorite coffee mug. 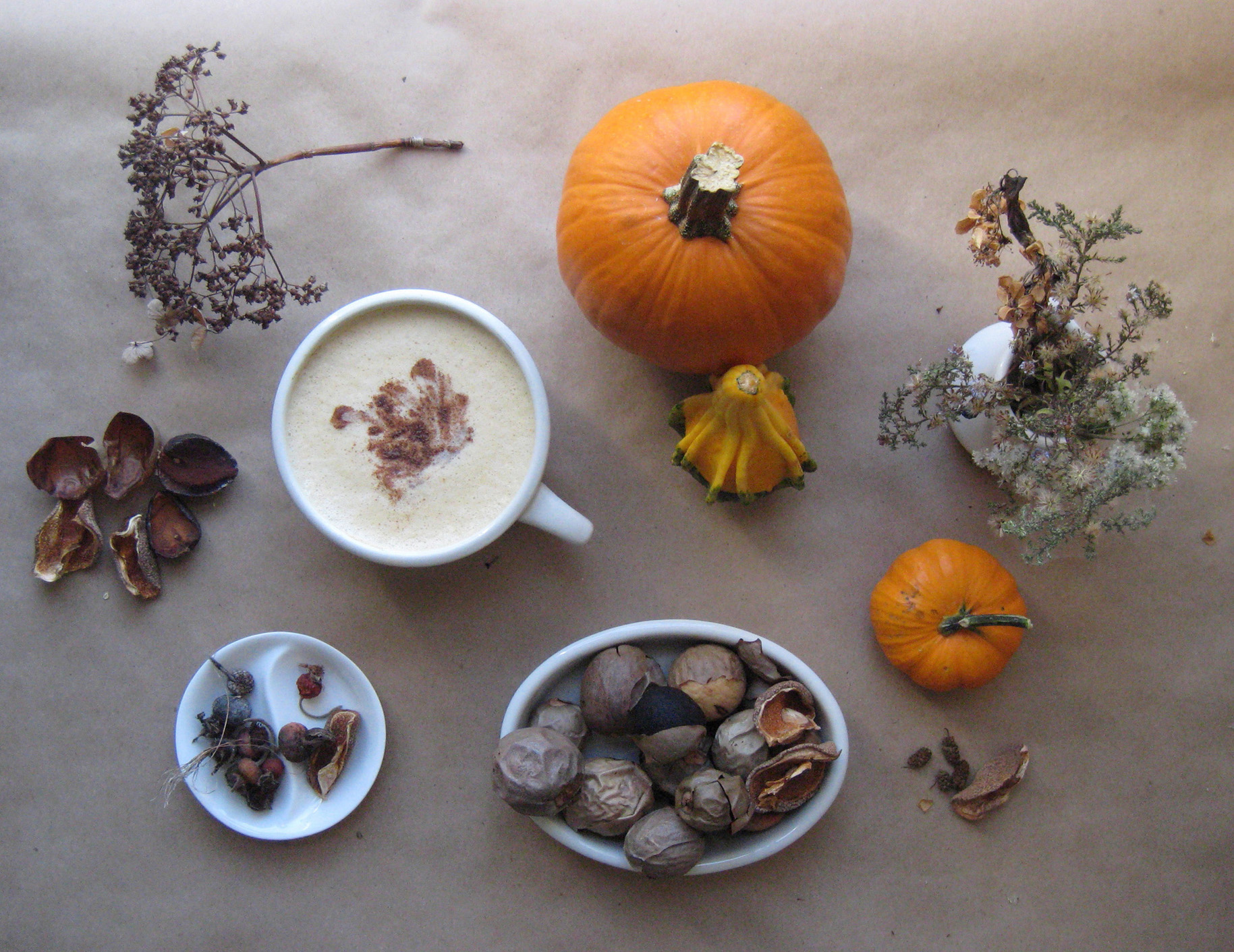 Make it, enjoy it, and noosheh jaan! 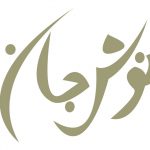 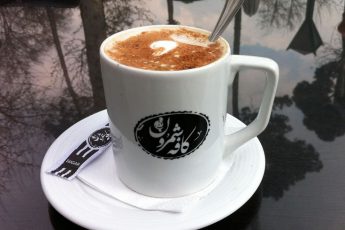 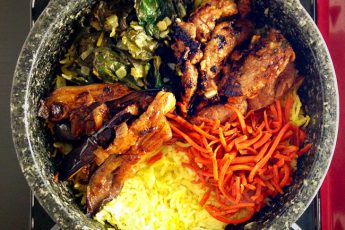