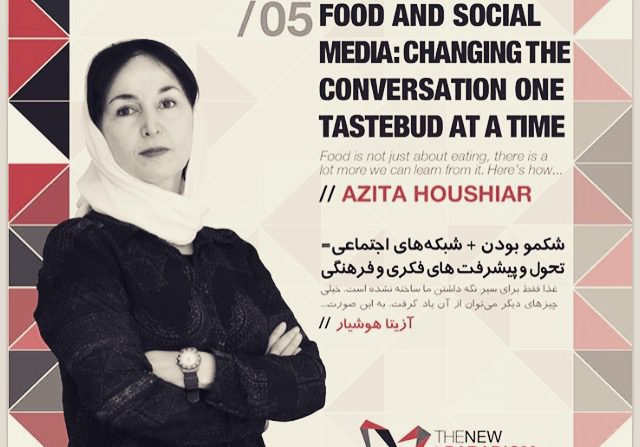 Hi friends,
I’ve already hinted here on the blog and the cat’s been out of the bag (MEOW!) for quite awhile on my social media channels, but, I may as well officially announce that yours truly, your faithful if usually hungry and oft too talkative blogger, has the honor and privilege to be one of the speakers at the upcoming (imminently so) TEDxTehran.
Here are the facts:
Subject: This time, the theme of TEDx is “paradigm shift” and I will be speaking (in Farsi) about food (but of course!) and the paradigm shift of food. (Hint: it’s what’s allowing me to talk to you right now!)
In the process of putting together the talk, I got input from Mehrdad Aref Adib, Jenny Gustaffson, (editor and co-founder of Mashallah News), Layla Sabourian (founder of Chef Koochooloo) and Fred Parvaneh – so I wanted to give thanks and kudos to each of them beforehand as well.
Date: Friday December 4, 2015 (Jom’eh 9 Azar)
Can you watch it? YES! The event will be live-streamed. For video live stream: http://tedxtehran.com/live
For audio live stream: http://lahzenegar.com/channel/TEDxTehran
Time: 9:30 am till 5 pm (Iran time!) and specifically yours truly’s talk will be at 1 pm Iran time (or 4:30 a.m Eastern time, 1:30 am Pacific time, or “don’t really expect any of y’all in Northern America to stay up to see it as this is no royal wedding spectacle etc” let’s-get-real-time! … But, I am including the info JUST.In.Case.)
Fret not if you miss it, as in a matter of months, the subtitled video of it will be up and available as well, therefore, you won’t ultimately miss this-sure-to-be-historic event!
I’m going to write at length about TEDx Tehran; the story of how it came about that I got involved; what it all entailed; the awesome team behind it; and lots of interesting deets and tidbits and pix … but sometime after the event and after I’ve caught my breath. Promise! Meanwhile,  I’ll share a a few pix with you to whet your appetite!

Here’s the delightful and multi-talented and truly exceptional (in every which way) core team of Tedx Tehran. Snaps taken on my first day of live rehearsal of the talk in an ever so hip and happening office space.
Some members of the team are camera shy, so in the interest of caution, I’ll avoid tagging any of them here.

Any of them, that is, except for Reza Ghiabi, who is not only one of the pivotal members of the core team of TEDx Tehran but I also jokingly refer to him as “kalantareh Tehran” (Tehran’s sheriff) because verily, everyone I come across seems to know him or know of him! Belying his youth, he is a big deal!
Reza is gregarious, as sharp and bright as you might expect, and exceedingly polite.

Reza also likes to take his espresso with honey – German style! I found this out when I traipsed over to Jame Jam Cafe – a cool cafe in Tehran – to have a short and sweet and caffeinated meeting with him.
Side foodie note: that little yellow bowl contains snack strips of lavashak! (Persian fruit roll up.) Isn’t that something?

During our short and sweet and caffeinated pow wow (conducted under the quizzical gaze of John Lennon, no less) Reza answered some of my questions; quelled and some of my worries; and pat pat reassured some of my anxieties — and in general was the Tina Fey to my Jenna, ha ha, if you know what I mean! In return, I rewarded him by giving him horns as we took a souvenir photo snapshot.
And with that, it’s time for this chatterbox to go and tend to some urgent matters.
Wish me luck for Friday, my friends and send me positive vibes and smoke some esfand for me as well if you’d like, ha ha! And see you on the other side!  (If you do want to keep up with my escapades on a daily basis, don’t forget to give me a look/see on Instagram where I post daily.)

azita (Still in Tehran! And loving it!) 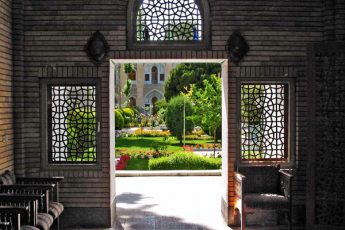 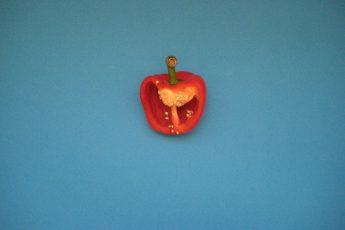