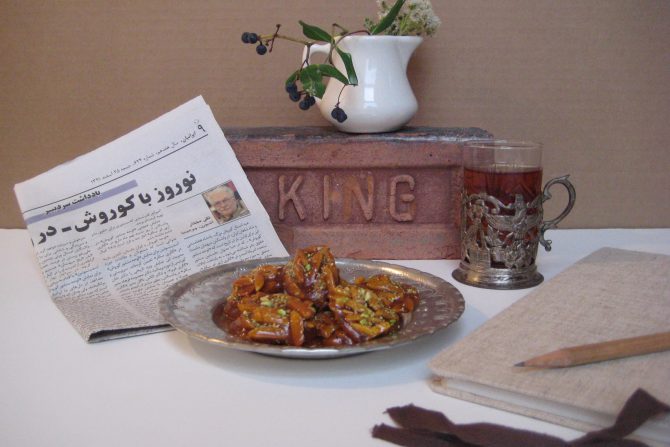 When I first moved to New York – pre Mayor Bloomberg and designated bike lanes – I rode my bicycle in the city a few times but it was way too stressful so I kissed the idea and the bike goodbye. Recently though, after hearing someone rave about the Citibike NYC program, I went for it and signed up. The very first time taking out a bike out of the dock and the very first hop on the seat … I tumbled and fell sideways!
A big tree broke my fall and I broke the fall of the bike. A nice guy asked if I needed help and I said no and did my best not to look embarrassed — which I was. I was embarrassed to the very core of my being.
I dusted myself off, got back on the bike, rode hesitantly at first and then a good many miles, and at some point the nerves ended and elation kicked in. Traversing the neighborhoods that would take nearly an hour by foot in mere minutes, and zipping past the Williamsburg bridge with the Manhattan landscape glittering and sparkling on the other side of East River – a magical view I had not glimpsed in years – was exhilarating. I thought: I want to bike all the time, everywhere! I thought: Biking in the city is the next best thing to flying in the city. I thought: Oh, the freedom I will have. The freedom! It was a definite high!
It wasn’t until later at home that I even realized that I had bloodied and scraped a good chunk of my left knee, arm, and elbow. Adrenaline, mighty drug you are! 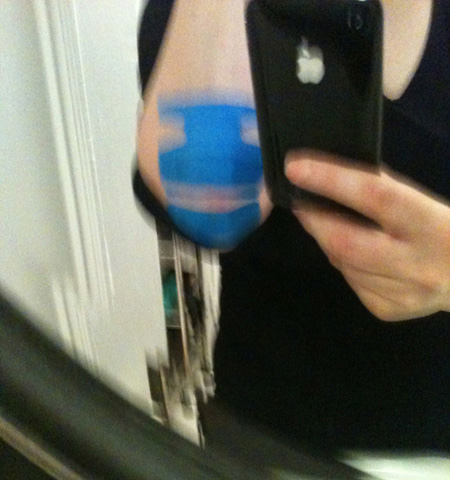 Then the next day, I had horrible chest pain which ebbed then later grew more alarming: it hurt to move, laugh, sneeze, or even talk with animation; and I could only take very shallow breaths. Turned out I had badly bruised ribs and was down for the count for a number of days. A painful physical impairment – the very opposite state of freedom – that got me blue and feeling rather sorry for myself. So I threw myself a huge pity party. (Didn’t you get the Evite?) Why oh why did I fall like that when I’ve known how to ride a bike since I was 4 years old? I lamented. But it was no mystery. I fell because I was a bundle of nerves and anxiety about riding in the street with cars and traffic. I was afraid. I tried not to be, but, I was. So I fell before I even started. Fear is … Fear is a mother chucker.
And what does this saga have to do with with sohan ‘e assal, aka Persian honey almond brittle? 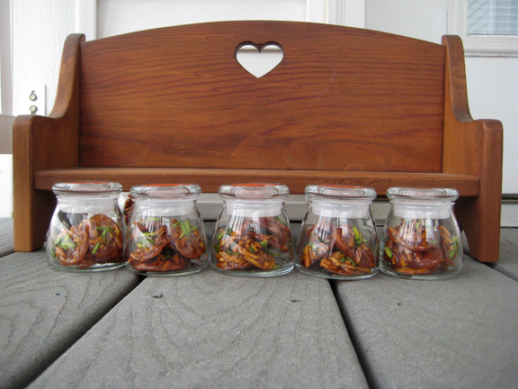 Well, this: the ingredients of sohan ‘e assal are beguiling and few (saffron, sugar, slivered almonds, honey) and the recipe (while requiring a specific mis en scene and tools) is straightforward as well – but, and it’s a big but – it does require watchful concentration; precision; and at the somewhat nerve-wracking last step, quick steady hands. If you are impatient or if you are nervous and frazzled, you’ll mess it up. If you are prepared, however; and keep calm and carry on with confidence, you’ll end up with a crispy, crunchy perfect little candy treat that is delicious on its own and also pairs spectacularly well with tea. (So good, it’ll even chase away bruised-rib blues.)
Persian food does not have a tradition of desserts, as meals are finished off with tea and fruit instead, so there’s a limited amount of authentic Iranian sweets in the culinary repertoire, but this Persian honey-almond-brittle candy is one of them — a traditional and popular sweet in Iran that is among the shirini (candies, sweets, pastries) served for Norooz — a favorite with young and old.
There are various sohan ‘e assal recipes. Some use rosewater, some use butter, some do this, some do that, but after a few trial and vexing errors, the recipe we’re sticking to (get it?) — since it’s proven consistently reliable in producing the type of candy texture that is crisply and densely chewy without being sticky, tastes best, and comes out a nice color — is the recipe given us by Khojee joon, a beloved family friend.
So, as Johann Wolfgang von Goethe said: 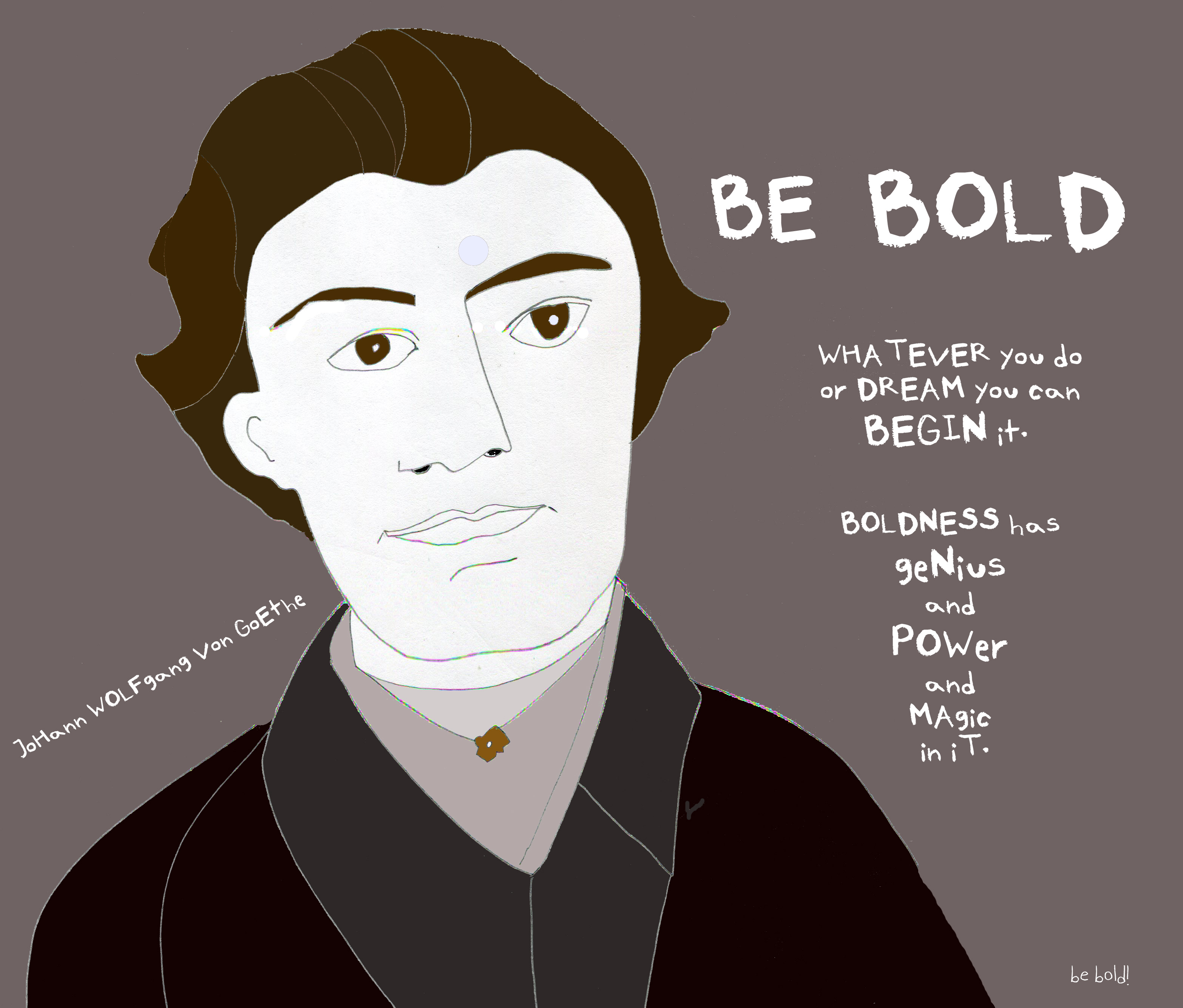 Be bold and go forth and make some of your own sohan ‘e assal.

Notes: Use a small (or medium-sized) non-stick pot, and only use a wooden spoon to stir the mixture. A heat diffuser will be quite helpful at the last step – if at all possible.

Pick by hand. Pop in the mouth! Eat as is, or enjoy with a hot cup of tea. It nicely goes with coffee as well. Yum!
Mind you: chew delicately and not with vigor. I do joke that sohan ‘e assal can be nicknamed “the dentist’s friend” because it is densely chewy. Thus: take gingerly rather than greedy reckless bites when indulging unless you’re planning to support your favorite local dentist’s summerhouse fund. 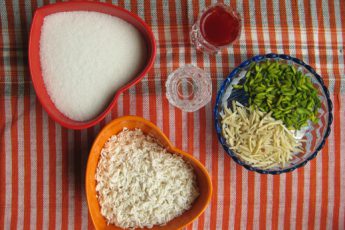 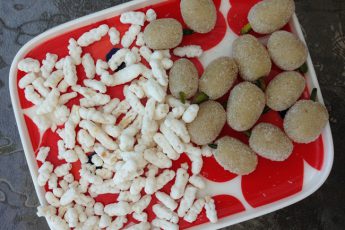