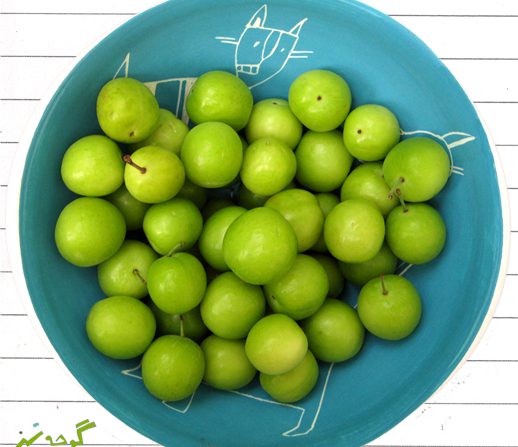 The uninitiated won’t get the fuss, but Irooniha (“Iranians” in informal Farsi) will, and (almost) any Iranian in diaspora will feel downright gleeful when spotting these.  At least I did, not quite believing my eyes, when I spied some at Sahadis in Brooklyn.

Why is gojeh sabz so popular among Iranians you wonder?  Simple:  gojeh sabz is a fruit that is crisp, crunchy, tangy, and amazingly delicious with some salt.  It is the perfect munchy and just … addictive!

Actually, I take it back, there is one thing wrong with gojeh sabz: its season (right now!) is blink-and-it’s-over short. As soon as the cherry plums ripen, they are ripe cherry plums and no longer gojeh sabz. This is not semantics, it is the heartbreaking reality.

If by some stroke of good fortune you do spot gojeh sabz in the farmer’s market or a grocery store, do yourself a favor and hoard as much of it as you can. Be greedy! Then go home, wash them, pop them in your mouth, and crunch away with reckless abandon and some salt.

Do share if you must, but only with those you love most. 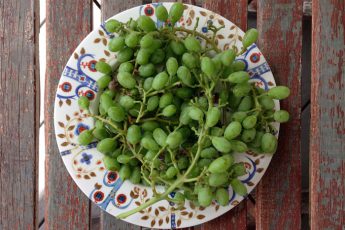 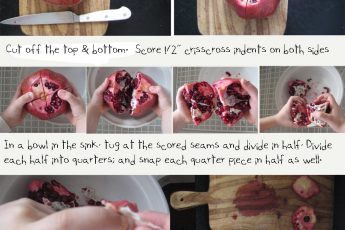